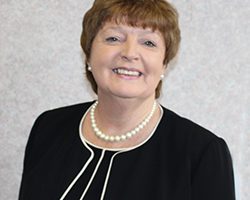 Kathy joined the Totally Local Company board of Directors in September 2016.

With 24 years working as a banker, Kathy has held various senior level positions within the Cheshire Building Society until leaving the organisation in 2016.

In addition to her strong background in banking, Kathy has also held roles as a non-executive in the NHS. She has a number of roles with a wealth of Board level experience. These include nine years as Vice Chair of Warrington Hospital and ten years serving as Chair of East Cheshire NHS Trust.

In the 2014 New Year’s Honours, Kathy received an OBE for her contribution to the communities of Cheshire and Greater Manchester.

Central to Kathy’s values is looking after people and doing the very best for them. She combines these with a ‘no nonsense’ approach to all that she does.

On a personal level, Kathy is married and has two grown up sons. One son, Michael, is a social worker. Her other son, Andrew, is a chartered surveyor. She has two grandchildren – Harry and Connie.  She has many interests, including her large extended family, sports and reading. 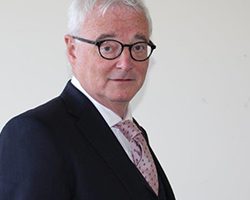 Dermot joined the Totally Local Company Board of Directors in 2016. Dermot has an incredibly strong background in the financial sector, specialising in business structure and performance.

As a Partner at BDO Stoy Hayward for 36 years, Dermot assisted under performing businesses, supporting their strategic development with thought leadership and a ‘hands on’ approach to empower teams through improvement and change. This work also involved the remodelling of operation and management team to ensure they were maximised for performance in commercial environments.

As part of his role at BDO, Dermot also spent eight years on the Partnership Council, which was responsible for the management and governance of a firm with a turnover of circa £400m and 3,500+ employees.

In addition to this, he led projects on employee role definition and development, as well as reviews of management and reporting systems.

On a personal level, Dermot is proud to be, in his words “a product of Manchester”. Graduating from Manchester University with a degree in Chemistry, he feels lucky to have been able to keep his career here, working in the Manchester BDO Stoy Hayward office before retiring in 2016.

In his spare time, Dermot enjoys keeping busy by coaching Senior Colts rugby and Lymm Rugby Club. Dermot is also a Season Ticket holder for Sales Sharks and advises them in an official capacity on governance and community roots. In addition, he has held a Season Ticket for Manchester United FC for the last 40 years. 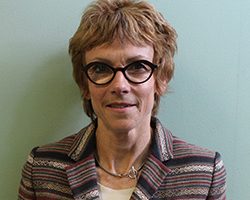 Susan joined the Totally Local Company Board of Directors in 2017.

With experience of stakeholder management, Susan as led businesses in the development of new products and markets, and is passionate about challenging, improving and evolving the way our services are delivered.

She brings with her a wealth of commercial experience gained across a wide range of organisations, including FTSE 100 company, private entrepreneurial businesses and the public sector; having held senior positions in various sectors including financial services, telecommunications, health, education and the arts.

On a personal level, Susan describes herself as an ‘adopted’ Mancunian, having moved here to study. She lives in the City enjoying all that city life has to offer but is at her happiest when she is walking in the hills. She supports Women on Boards UK as a presenter, as an Ambassador for Age Friendly Manchester and is an active member of Pro-Manchester.

David joined Totally Local Company in October 2019.
His previous experience includes working across the UK and Europe as Head of Operations for RR Donnelly.
David is a passionate individual who is a keen advocate of innovation and change. He is financially proven with a record of consistently delivering outstanding business results.
His strength and ability as a leader will help to identify long term strategic opportunities and support us in our journey, focusing on a safety first culture, revenue growth, and the provision of a first class delivery service to our clients.

David will play a key role in leading us into 2020 to ensure that we are commercially on the map and the exemplar Facilities Management Service provider in Stockport Borough and the north-west.

David, originally from Bletchley in Buckinghamshire has been a proud resident of Stockport for the past 33 years, he is married and has two grown up children.
On a personal level, David enjoys watching most sports but in particular, Rugby Union and is a member of Cheshire RFU, he is also a keen swimmer and enjoys cooking. 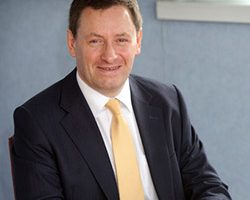 Steve has worked at Totally Local Company since 2014.

He has worked as a Finance Director for over 15 years across a range of business sectors; including property, business support services, insurance, legal and leisure.

Steve has worked in a mix of roles including mutual and publically owned companies. He has a wealth of private sector experience in business relevant to Totally Local Company.

Steve has lived in Stockport for 16 years and is a former school governor for the Borough. Steve is married with children and is a keen swimmer and skier. He enjoys watching rugby, keeping fit, hill walking and archaeology.

This website uses cookies to improve your experience while you navigate through the website. Out of these, the cookies that are categorized as necessary are stored on your browser as they are essential for the working of basic functionalities of the website. We also use third-party cookies that help us analyze and understand how you use this website. These cookies will be stored in your browser only with your consent. You also have the option to opt-out of these cookies. But opting out of some of these cookies may affect your browsing experience.
Necessary Always Enabled

Any cookies that may not be particularly necessary for the website to function and is used specifically to collect user personal data via analytics, ads, other embedded contents are termed as non-necessary cookies. It is mandatory to procure user consent prior to running these cookies on your website.