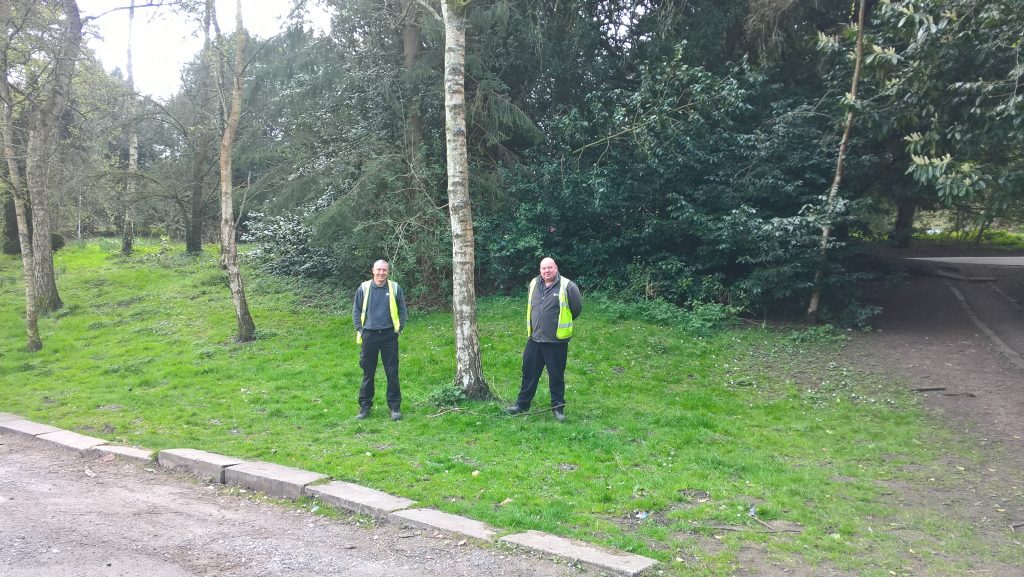 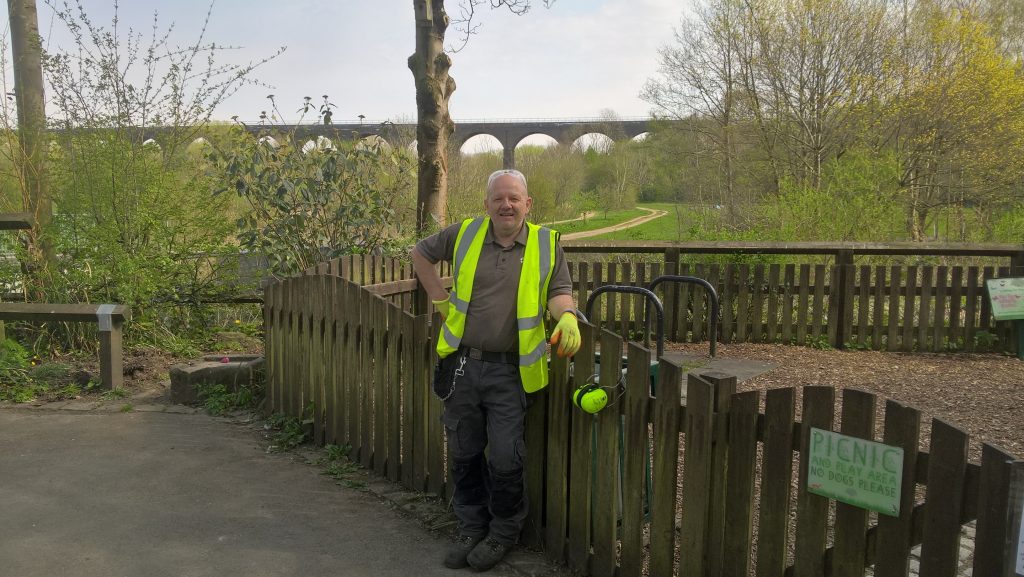 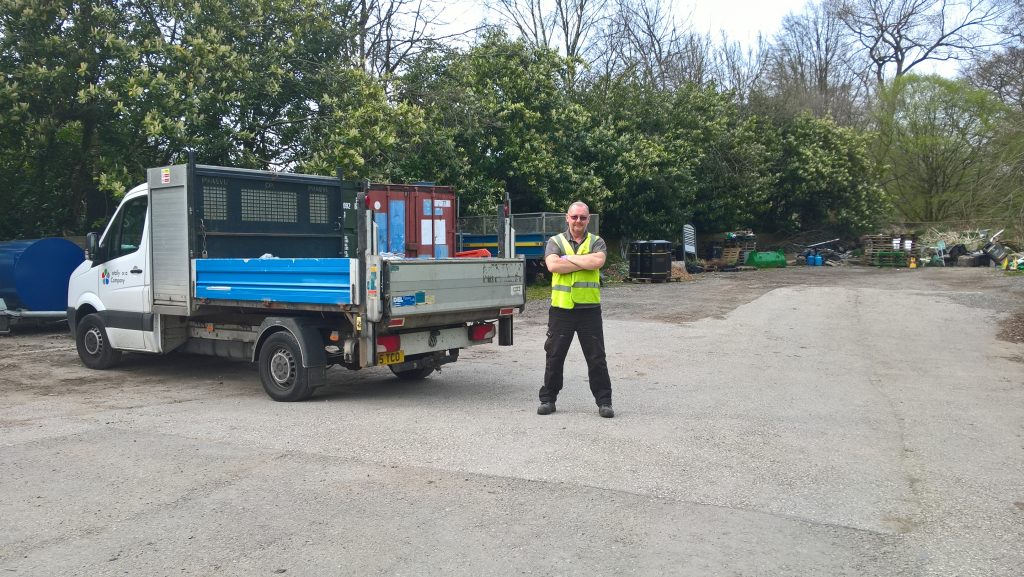 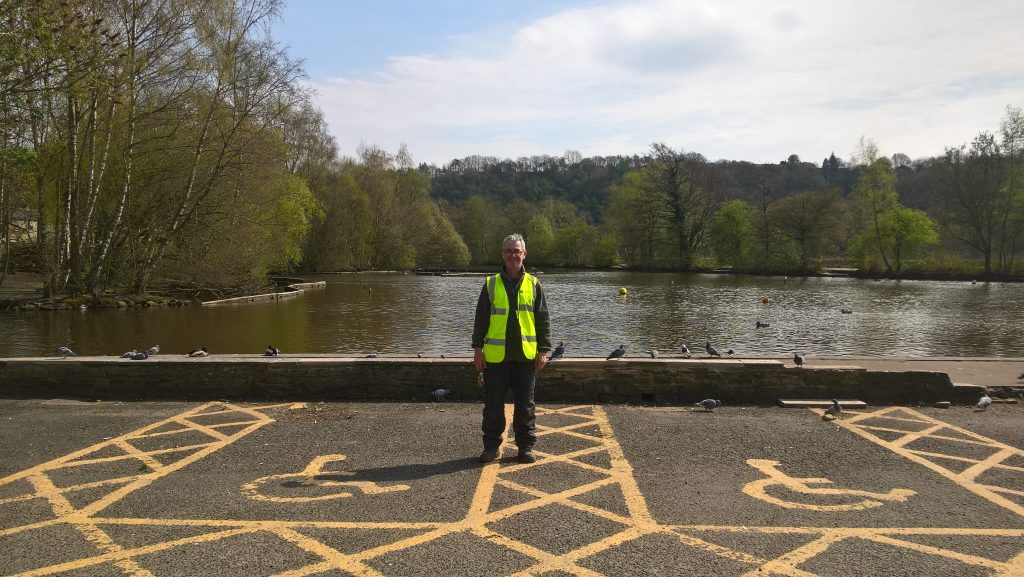 Since the COVID-19 Pandemic many of our Green Space team members have adapted their skills to work flexibly across the business to Support TLC’s Essential Services.

Martin Taylor, Carl Palmer, Mark Collinge, Scott Divilly, Dale Hart, Dave Edge, would normally be mowing with a tractor and carrying out their gardening duties, but they have over the last few weeks been litter picking, emptying Parks bins or litter picking removing detritus on the streets.

Daryl Falconer is based in Reddish Vale Country Park would normally be mowing or gardening, he is now litter picking, emptying bins and removing detritus in the park.

Paul Eaton is based in Etherow Country Park he would normally be mowing or gardening, but he is now litter picking, emptying bins removing detritus in the park.

Dave Forber has returned to work after self-isolation, he would normally be cutting and taking care of the bowling greens on the East of Stockport, but he is now either litter picking, emptying Parks bins or litter picking removing detritus on the streets.

Stuart Aikenhead has continued to support the Parks and Green Space team, emptying bins on Parks and greenspace sites all year round.

The team have also supported the business without any fuss and have:

‘Thank You’ to all of the team members of the Green Space and Parks Team, especially during this difficult time, for their hard work and dedication in supporting other areas and being as flexible as possible to keep TLC Operations running smoothly.

We use cookies on our website to give you the most relevant experience by remembering your preferences and repeat visits. By clicking “Accept All”, you consent to the use of ALL the cookies. However, you may visit "Cookie Settings" to provide a controlled consent.
Cookie SettingsAccept All
Manage consent

This website uses cookies to improve your experience while you navigate through the website. Out of these, the cookies that are categorized as necessary are stored on your browser as they are essential for the working of basic functionalities of the website. We also use third-party cookies that help us analyze and understand how you use this website. These cookies will be stored in your browser only with your consent. You also have the option to opt-out of these cookies. But opting out of some of these cookies may affect your browsing experience.
Necessary Always Enabled
Necessary cookies are absolutely essential for the website to function properly. These cookies ensure basic functionalities and security features of the website, anonymously.
Functional
Functional cookies help to perform certain functionalities like sharing the content of the website on social media platforms, collect feedbacks, and other third-party features.
Performance
Performance cookies are used to understand and analyze the key performance indexes of the website which helps in delivering a better user experience for the visitors.
Analytics
Analytical cookies are used to understand how visitors interact with the website. These cookies help provide information on metrics the number of visitors, bounce rate, traffic source, etc.
Advertisement
Advertisement cookies are used to provide visitors with relevant ads and marketing campaigns. These cookies track visitors across websites and collect information to provide customized ads.
Others
Other uncategorized cookies are those that are being analyzed and have not been classified into a category as yet.
SAVE & ACCEPT